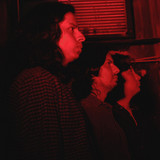 Heavily influenced by the seventies period of psychedelic rock - albeit with a spin of meditative and somewhat melancholic approach to harmony - is probably what best describes the power trio's relentless body of work. Having met each of its three members during the first weeks of 2018, they soon developed six instrumental songs that eventually became the blueprint for Hoja Madre EP (2018), which has been described as "smooth, delicate progressive sessions, although without losing any of the acid rock aesthetic to caringly pen a love letter to the genre". In an attempt to write and arrange longer, more complex song arrangements, the band spent the remaining of 2018 gathering and developing ideas for their follow-up. The outcome is "Cisma" (2019), a fifteen-minute suite that explores progressive rock, noise and psychedelic fully integrated into their DNA. "Cenizas", their latest single so far, has been conceived during the Cisma sessions, and it serves as another exercise in adopting stoner and doom metal in the band's sound palette.