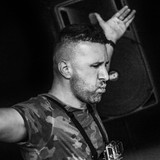 The official Spotify profile of Mario Ranieri®, Austria's number one Hardtechno deejay & producer. Founder of SCHUBfaktor® Music. BOOKINGS: bookings@schubfaktor.at Mario had his first experiences with music during his childhood days. He played the piano and received influences in electronical music through his cousin who looked after him. Mario made musical experiments with his computer and created his first technotracks. At the end of grammar-school he started to work and bought his first real synthesizer, and after some time got more and more equipment. He went on to now produce more professionally which was important for him. He is today Austria's most famous hardtechno-producer and dj and continues to release innovative music on his labels Schubfaktor, Schlagwerx, Vernacular, Ostarrichi and Girlpower and on other labels such as Fon, Lifeform, Artillery, Abstract, Highball, Carnage, Subsounds, Friendly Fire, Tausendgroove and Tekktribe. Mario's great dj sets are as hard to categorize. Just like his tracks, they go from groovy house, to stomping hardtechno, punky hardcore and crazy noise. Overall he spreads a very positive vibe. He connects a lot of different styles and is unique in his own genre.