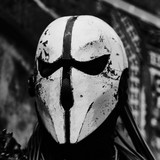 Whilst Drum & Bass and Metal have evolved along completely different historical trajectories and draw distinct crowds to unrelated events, they share a stylistic rooting in raw, unadulterated energy and an unabashed tendency to reside on the fringes. Neither are mainstream, both make you want to move and the inherent message is one of creative expression without boundaries or limits. It's this rejection of boundaries which defines Zardonic. Born and raised in Venezuela and defying both the UK-centric focus of Drum & Bass and the anti-electronic cultism of Metal music, Zardonic’s musical mission is to stir the sonic melting pot, to blend and cultivate a sound that resonates with music fans who worship energy above all else. 2019 saw fifteen years of Zardonic, nearly seven million streams on Spotify and three nominations in the prestigious Drum & Bass Arena Awards. What will the new decade bring? The specifics are unclear, but if the past decade and a half has taught Zardonic anything it’s that the rules are there to be broken. A torn rule book is a constant in his career and the record speaks for itself: Beatport, iTunes and Amazon #1s; Tower Records Japan Bestseller lists, Deutsche Alternative Charts, Best DJ and Artist Of The Year at the Union Rock Show Awards held in his homeland; the list of milestones continues to grow incessantly. Federico Ágreda Álvarez is not one to be slept on, and it is this determination, that looks set to continue into 2020 and beyond.