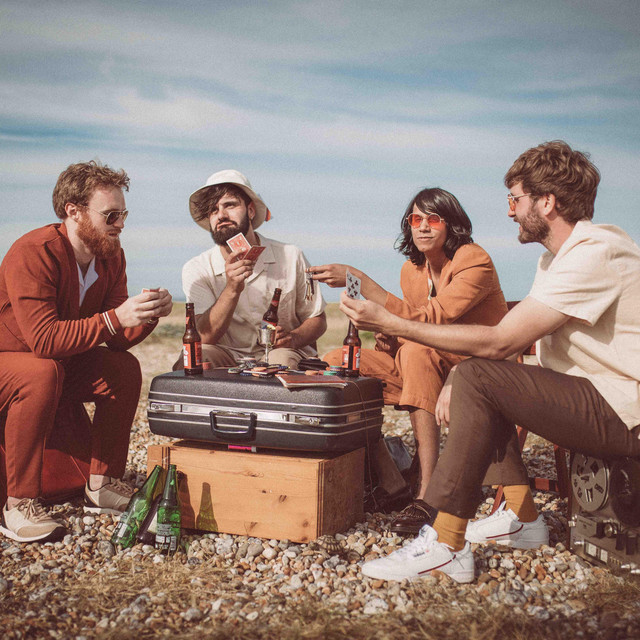 Peter Marchant (singer and guitarist), Joshua Guy (keyboards), Jonny Longland (bass) and Sam Thorne (drums). Founding member Matt Marchant (originally on bass) passed away in 2019 after a brave battle with cancer. Losing Matt has been devastating, but the band are more determined than ever to keep on their upward trajectory and continue making cutting edge, visceral and ethereal Art Pop music - having stormed the beaches of Brighton at The Great Escape Festival, sold out 2,000 cap European festival spotlight shows and gained masses of support from BBC Introducing in their short career, Phantom Isle are already making waves in the UK’s new music scene. Originally from the Northamptonshire countryside, now based in London, the band are now playing shows with the likes of Childcare and moving in the same London scene as Fat White Family. The band's most recent single, 'MAR V' received masses of support from Jack Saunders and Huw Stephens on BBC Radio 1, Tom Robinson on BBC 6 Music and John Kennedy on Radio X as well as Record of the Week on BBC Introducing in Northamptonshire with Lal Muttock.