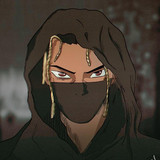 WNDR might still be unknown to the mainstream, but do not make the mistake of associating him with your typical up-and- coming producer. At 30 years of age the Oslo-native has already put in two decades of work and gained a rep for himself in the club scene of his hometown, landed Top 10 tracks in Ireland / UK and toured heavily in Europe. He went platinum in Norway with his debut single Medicine (closing in on 5 million streams and still counting), and the song was also playlisted on Norwegian P3. He later went on to release Human that went straight into NRK MP3s playlist, Higher - WNDR Remix by Lemaitre got playlisted on Kiss FM, played by Hardwell On SiriusXM, and got the attention of non other then Martin Garrix (Found in his Spotify Playlist “Martin Garrix Favorites”) For those who grew up with him there is no surprise WNDR turned out to be a musician. He had spent 10.000 hours in front of his DJ-set-up before he had turned 13. Before high school was over, he had spent an additional 10.000 hours on music production. Labelled a serious talent early on, he could very well have been a household name by now, but WNDR has stuck to his own vision, creating music solely on his own premises. WNDR explains, «For me, it's about communicating emotions, connecting with people through headsets or speakers... and those emotions have to be sincere.»