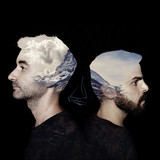 Ships Have Sailed is the brainchild of vocalist/guitarist Will Carpenter. The band materialized after a hesitant decision to individually focus on new music. The process was initially daunting but the risk proved to be invigorating and refreshing. The music became uplifting and buoyant. The lyrics revealed a thoughtful and conscientious perspective. And the sound evolved into sincere indie rock with an unabashed pop structure. After sharing it with fellow musicians, Carpenter recruited a lineup that now permanently includes drummer Art Andranikyan.