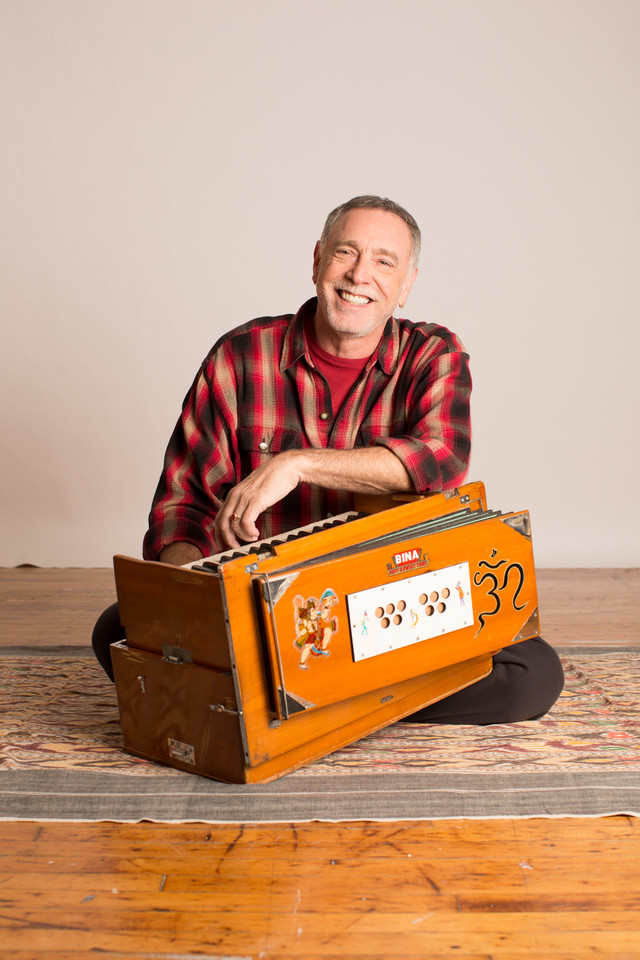 In 1994, Krishna Das started leading chant at Jivamukti Yoga Center, NYC. Over the years, he continued chanting, developing his signature style, fusing traditional kirtan of the east with western harmonic and rhythmic sensibilities. The audiences have been ever growing. With a remarkably soulful voice that touches the deepest chord in even the most casual listener, Krishna Das – known to friends, family, and fans as simply KD, has been called yoga’s “rock star.”

He has taken the call-and-response chanting out of yoga centers and into concert halls, becoming a worldwide icon and the best-selling western chant artist of all time. KD now travels the world sharing his kirtan practice and wonderful stories of his life, of Maharaji-ji, of his life on the Path, and discusses bringing chanting into our lives through retreats and workshops. To date, KD has released 15 well received albums, including Live Ananda (released January 2012)