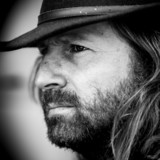 Tom Moriarty is a British singer-songwriter of “rare talent” with a distinctive vocal style somewhere between the rage of Eddie Vedder and the soul of Ray Lamontagne.  His critically acclaimed debut album of 2012, "Fire in the Doll's House", was awarded 4 stars by Q mag, Guitarist, Maverick and OK magazine, "..thoughtful, classic roots rock" said Q magazine.

Picking up on the substance within his lyrics The Sunday Times proclaimed “the protest singer has a pulse again.”    This was followed by an EP in 2013 entitled "Snapshots of Reality” which Modern Rock Review described as a “pristine EP of modern folk”.   In 2015 Tom released his second album “The Road” attracting positive reviews from industry writers and folk rock royalty alike.