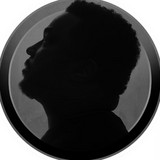 Terry Hunter has traveled the globe sharing his passion for house music. Born and raised in Chicago, he was introduced to music at a very early age by his father, a DJ who played mostly soul and disco music at a west side tavern. As a teen, Terry built a following by DJing at neighborhood and high school parties, then went on to play several seminal Chicago clubs and parties. In 1990, as the Chicago house music sound was exploding internationally, Terry produced his first release, “Madness”, which became an underground hit. While continuing to DJ all over the world, he honed serious production skills, contributing his talents to top artists, including Aretha Franklin, Jennifer Hudson, R. Kelly, Raheem Devaughn, Chantay Savage, Michael Jackson, Mary J. Blige, Estelle, Byron Stingily (of Chicago’s Ten City), Barbara Tucker and May . Terry launched his own label, T’s Box Records, in 2004. And has continue to release critically acclaimed music to date.