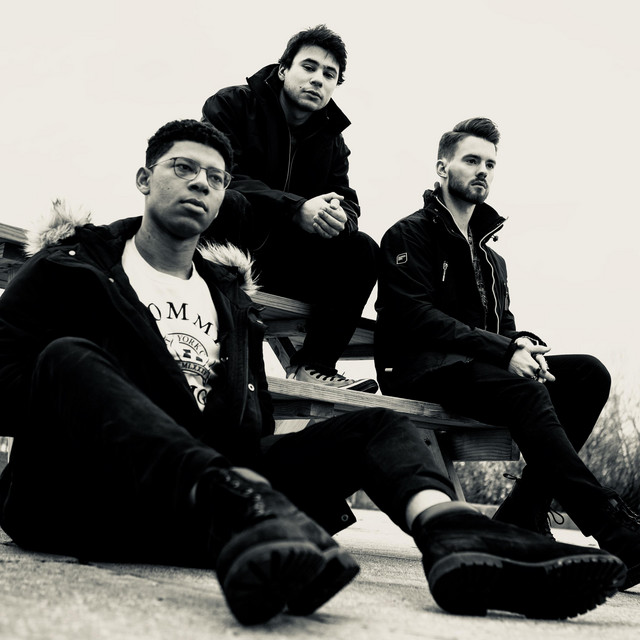 90s coming of age melodrama from brooklyn // tyler, hans & pat xx   ▲•▼   Enjoy our industry bio:   After a ferocious three year stretch which saw the band land a major Netflix series appearance, score an international publishing deal in major mainstream stores, snag an Independent Music Award for the 'Best Pop Album' of 2019, be honored as a semi-finalist in the Coldplay judged 'International Songwriting Competition' and clear well over 1 million streams, Between Giants steps out of the global pandemic tighter than ever. Their rebellious, genre challenging, hook laden third album 'sad, hopeful things' is set to drop on August 27th of this year. BG has hit their genre mashing stride on 'sad, hopeful things' perfecting their coalescence of gritty indie-rock foundations built upon by dreamy experimental synth work at the Grammy winning Carriage House Studios in Stamford, CT. (Beyoncé, Diana Ross, Meat Loaf, Pixies)   With no management or label, the band has exploded sheerly off their passionate and dedicated fan base and versatile catalog - packing mid-size venues all across the northeast on their way to becoming one of New York City's most exciting and vital bands of the new decade. Their electric live performances have captivated many, landing them major festival and opening slots for key industry acts such as Sea Girls, SAINT PHNX, The Districts, The Sherlocks and many more. The hype for Between Giants seems about ready to boil over.