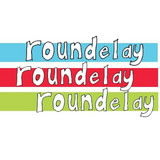 Roundelay is a Canadian alternative rock band from St. John’s, Newfoundland & Labrador, that formed in 2001. The band consists of Joe Tucker (guitar, vocals), Mike Lahey (guitar, backup vocals), Brad Nichols (bass), and Logan Wall (drums). The band got its start playing punk and hardcore all-ages shows in the early 2000s in the St. John’s region, and began playing shows further afield throughout the province of Newfoundland and Atlantic Canada. Roundelay would go on to receive a number of accolades and be cited as a prominent feature of the alternative music scene in Newfoundland. Roundelay has released three studio albums, one EP, and a 3-song cassette single since their inception. The band released their third studio album, “There Just Might Be Enough Time” in December 2017.