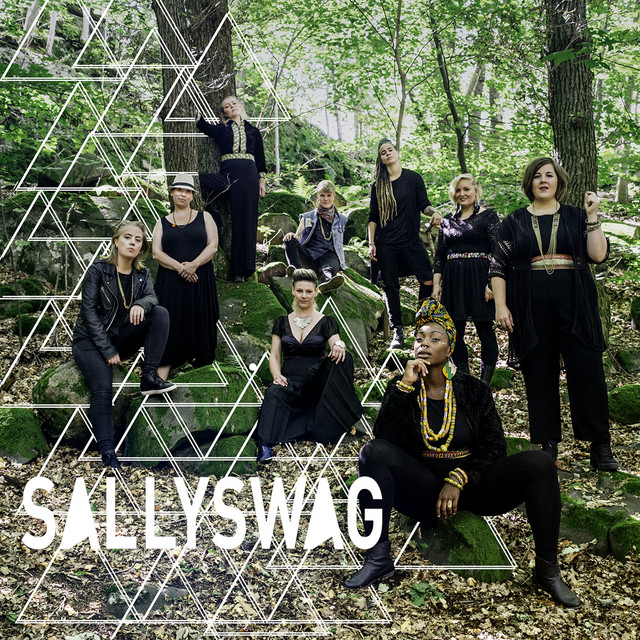 Sallyswag is a vibrant live act and powerful music collective. With flash solos, heavy grooves and a feminist message, the band represents a unique act, unparalleled on the music scene: nine musicians with roots in Dancehall, R & B/Hip-Hop, Pop/Jazz, as well as Afrobeats and Swedish folk music. During winter 2013, violin player Erika Risinger started her dream band. She searched for the coolest and best musicians she could think of. The result was the nine-person-band Sallyswag, who premiered on the Swedish Folk and World Music awards/Umeå Opening in February 2014. Sallyswag had a flying start and was awarded ”Newcomer of the year” at the Folk and World Music Awards 2015. The Jurys motivation; ”Norms and rules don’t apply to the Newcomer of the year. A spicy and unexpected mix that doesn’t just challenge the taste buds when they explode. Music with roots, music that stir things up – here’s a really cool slap in the face”. Festivals like Urkult, Öland Roots, Peace & Love, West Pride and Stockholm Pride Festival

has all been blown away by Sallyswag and their success on Silja Lines “Så jävla PK-kryssning”, hosted by the swedish comedy sisters Tiffany