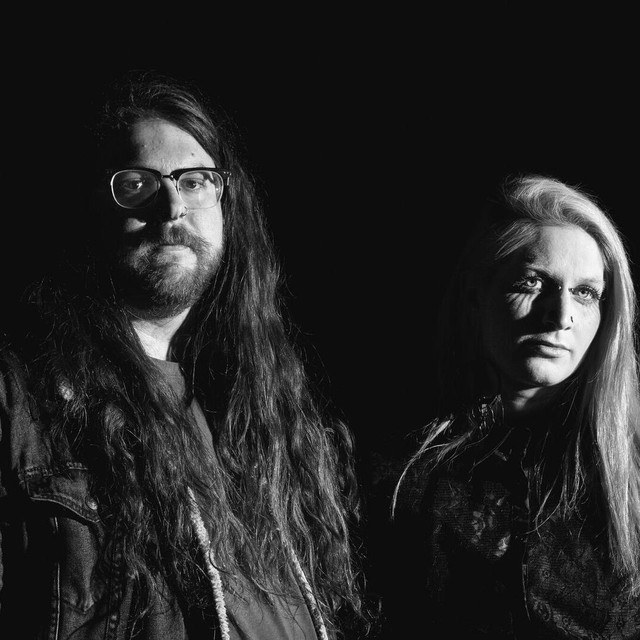 Canadian non-binary doom duo Vile Creature traffic in an abrasive blend of uncompromising sludge and experimental funeral-doom metal that explores themes of veganism, LGBTQ and animal rights, and anti-oppression. Since issuing their debut album, A Steady Descent into the Soil, in 2015, the band have toured both at home and abroad, and in 2019 they inked a deal with Prosthetic Records, which released their third full-length effort, Glory! Glory! Apathy Took Helm, in 2020. Founded in 2014 in Hamilton, Ontario, by Vic (drums, vocals) and KW (guitar, vocals), the duo began playing live in early 2015 and released their debut LP, A Steady Descent into the Soil, later that March via Broken Limbs. The following year saw the release of the 18-minute song "A Pessimistic Doomsayer," followed by a tour of the American Midwest. The pair employed a post-apocalyptic/sci-fi aesthetic for their sophomore full-length effort, 2018's acclaimed Cast of Static and Smoke, which was issued through Halo of Flies. In 2019, after touring in support of the album in Canada and the U.S., Vile Creature traveled to the United Kingdom for a series of shows with fellow sludge/doom duo Bismuth, and appeared at that year's Roadburn Festival in the Netherlands. The band's third long-player, the Prosthetic Records-issued Glory! Glory! Apathy Took Helm, arrived in June 2020. ~ James Christopher Monger, Rovi