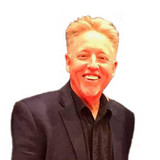 Singer/songwriter, Donovan Stark, created LovePeople to record and release his original songs. As a veteran singer performing in theaters and night clubs, Donovan paid his dues as a front man for many regional tours and resident gigs. As an engineer producer, Stark completed more than 50 independent releases over a 20 year career. With the Pandemic of 2020 causing a pause in live performances, the studio was the best place for Stark to develop the LovePeople project. Audience Of One is the title of the forthcoming album from LovePeople. The live act hopes to get the green light for touring around the planned release, in summer, 2021. LovePeople has but one mission, to choose Love over Hate.