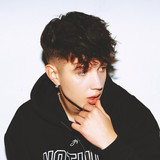 Teenage Pop sensation Nathan Gurd has been learning his craft from a young age whilst touring across the UK, America and Europe. Nathan Gurd has established himself as a creative Artist and is renowned for being an energetic Live performer.   Nathan released his debut single 'I Got You' in 2020 which was followed up with his second single 'Nobody Else' later in the same year. ‘Talk That Talk’ is Nathan’s latest release with all three tracks bringing a fresh new pop sound. Nathan received high acclaim and attention from not only his growing fanbase but from many experts within the industry as well as getting play-listed on radio.   Since his last release, Nathan Gurd has been in the studio writing and recording his new material alongside some of the UK's most talented producers. At just 19 years of age, Nathan has been tipped as a 'future favourite pop star' and with his upcoming releases, listeners can expect a unique twist on his ever developing sound.   2021 Tour tickets are available at www.nathangurd.com/tour