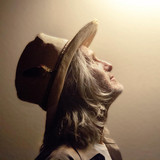 With a cult following that includes fellow musicians, regular folks and festival goers who stumble onto his performances, there’s no common denominator to Steve’s fans. Born in Halifax, Nova Scotia and raised in San Diego, CA Steve toured and recorded with San Diego cult favorites The Rugburns (they still play annual sold-out reunion shows). But it was through his creative partnership with Jewel that he vaulted into the national spotlight; co-writing her multiplatinum Billboard Hot 100-busting smash, “You Were Meant For Me,” and continues to work with her to this day. Over the years, the Nashville-based troubadour has built a fascinating solo catalog, earmarked by his debut, One Left Shoe, Dreamhouse, Folk Singer, and 2019’s Shine On. No Depression crowned him, "A sardonic provocateur with a lighthearted acoustic-driven wit, suggesting at times a sunnier, less psychedelic Todd Snider, or maybe a less wan, washed Jackson Brown,” while the Associated Press dubbed him "part busker, part Iggy Pop and part Robin Williams, a freewheeling folkie with a quick wit and big heart.”