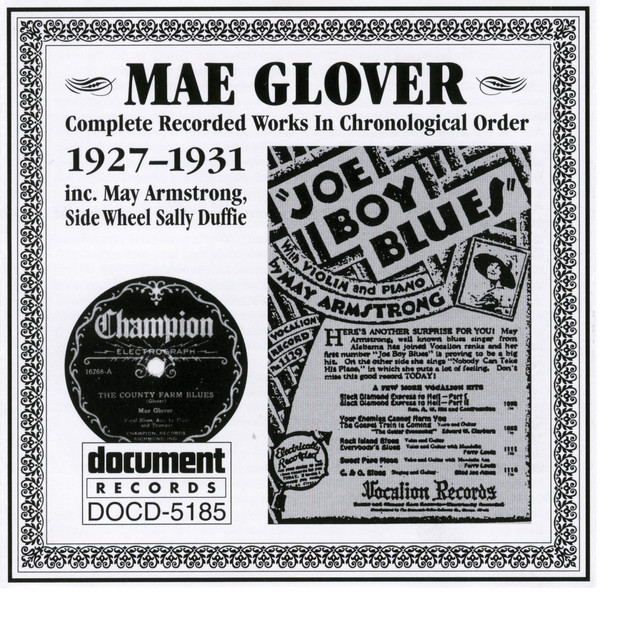 Born September 9, 1907 in Columbia, Tennessee, Lillie Mae Glover ran away from home in 1920 when she was only 13 to join the Tom Simpson Traveling Medicine Show. Her father was a preacher and she wanted to sing the blues, so that was that. She worked in several road shows before landing in Memphis, Tennessee in the late '20s, becoming a regular performer on the city's famed Beale Street, where she was known as "the Mother of Beale Street." She recorded and performed under several different names, including Lillian Mae Glover, Mae Glover, and Big Memphis Ma Rainey, the name under which she tracked a few sides for Sun Records in 1953. She died in 1985 at Tishomingo County Hospital in Iuka, Mississippi at the age of 77. ~ Steve Leggett, Rovi