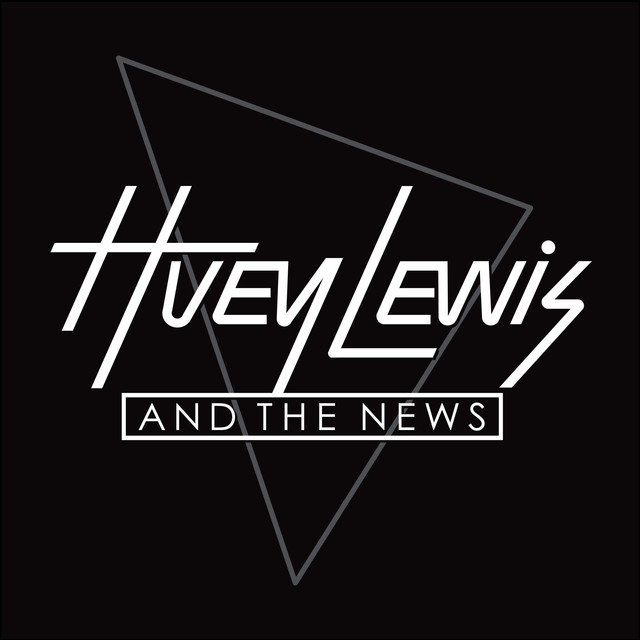 Huey Lewis & the News were a bar band who made good. With their simple, straightforward rock & roll, the San Francisco-based group became one of America's most popular pop/rock bands of the mid-'80s. Inspired equally by British pub rock and '60s R&B and rock & roll, the News had a driving, party-hearty spirit that made songs like "Workin' for a Livin'," "I Want a New Drug," "The Heart of Rock & Roll," "Hip to Be Square," and "The Power of Love" huge hits. At its core, the group was a working band, and the bandmembers knew how to target their audience, connecting squarely with odes to nine-to-five jobs and sports. As the decade progressed, they smoothed out their sound and by the mid-'90s took time off from recording. Nevertheless, the News remained a popular and perennial concert draw, essentially carrying on in bar band fashion, reappearing every so often with solid albums like 2001's Plan B and the 2010 Stax Records tribute Soulsville. Following a 2018 announcement that Lewis was losing his hearing due to Ménière's disease, the band's future seemed uncertain, though they made a comeback in 2020 with their tenth album, Weather. The roots of Huey Lewis & the News lay in Clover, an early-'70s country-rock band from San Francisco that featured Lewis (vocals, harmonica) and keyboardist Sean Hopper. Clover moved to England in 1976 upon the urging of Nick Lowe, who believed they could fit into the U.K.'s pub rock scene. In a short time, the group cultivated a small following. Lowe produced the group's first single, "Chicken Funk," which featured lead vocals by Lewis and, the following year, the band, minus Lewis, supported Elvis Costello on his debut album, My Aim Is True. PolyGram released two Clover albums that failed to find an audience and when their leader, John McFee, left the group to join the Doobie Brothers, the band broke up and returned to California. Before returning to the States, Lewis played harmonica on Lowe's Labour of Lust and Dave Edmunds' Repeat When Necessary, which also featured Lewis' song "Bad Is Bad." Upon their return to America, Lewis and Hopper began jamming at a Marin County bar called Uncle Charlies, which is where they formed American Express with Mario Cipollina (bass), Johnny Colla (saxophone, guitar) and Bill Gibson (drums), who had all played in Soundhole, one of Van Morrison's backing bands in the late '70s. American Express recorded a disco version of "Theme From Exodus," calling it "Exodisco." Mercury released the single, which was ignored. In 1980, the group added lead guitarist Chris Hayes and were offered a contract by Chrysalis, which requested that the band change their name. The members chose Huey Lewis & the News and the band's eponymous debut was released later that year to little attention. Picture This, the group's second album, was released early in 1982 and the record became a hit on the strength of the Top Ten single "Do You Believe in Love," which was written by former Clover producer Robert John "Mutt" Lange. A couple other minor hits, "Hope You Love Me Like You Say You Do" and "Workin' for a Livin'" were released, and the band began building a strong following by touring heavily. Sports, the group's third album, was released in the fall of 1983 and it slowly became a multi-platinum success, thanks to touring and a series of clever, funny videos that received heavy MTV airplay. "Heart and Soul" (number eight, 1983), "I Want a New Drug" (number six, 1984), "The Heart of Rock & Roll" (number six, 1984) and "If This Is It" (number six, 1984) all became Top Ten hits, and Sports climbed to number one in 1984; it would eventually sell over seven million copies. Late in 1984, Lewis sued Ray Parker, Jr., claiming that his song "Ghostbusters" plagiarized "I Want a New Drug." The suit was settled out of court. The News had their first number one single in 1985 with "The Power of Love," taken from the soundtrack to Back to the Future. Huey Lewis & the News returned with their fourth album, Fore!, in 1986. The record sailed to number one on the strength of five Top Ten singles: "Stuck with You" (number one, 1986), "Hip to Be Square" (number three, 1986), "Jacob's Ladder" (number one, 1987), "I Know What I Like" (number nine, 1987), and "Doing It All for My Baby" (number six, 1987). The band was riding high on the charts when they decided to expand their musical reach with 1988's Small World, dipping tentatively into various American roots musics. While the record produced the Top Ten hit "Perfect World," it was a commercial disappointment after two chart-topping, multi-platinum albums, stalling at number 11 on the charts and only going platinum. The News took three years to follow up Small World with Hard at Play, which was released on their new label, EMI. Hard at Play failed to break the Top 20 and only produced one hit, "Couple Days Off." The group's commercial heyday had clearly passed, and they took the remainder of the '90s rather easy, touring sporadically and releasing the covers album Four Chords & Several Years Ago in 1994. Their first release for Elektra Records, the album generated one adult contemporary radio hit, "But It's Alright," and failed to go gold. It would be over six years before their next album appeared, Plan B, which was released by Silvertone Records in 2001. A Stax Records/Memphis soul tribute album, Soulsville, appeared nine years later in 2010. As the group prepped an album of original material, they decided to celebrate the 30th anniversary of Sports! in 2013, releasing a deluxe double-disc edition of the album and supporting the reissue with a tour and a sizeable press campaign. In 2018, the News were forced to cancel all future live dates when it was revealed the Lewis was suffering from major hearing loss due to an inner ear disorder called Ménière's disease. In spite of the setback, the band signed with BMG Rights Management to release their tenth album, Weather, in early 2020, featuring material recorded prior to Lewis' diagnosis. ~ Stephen Thomas Erlewine, Rovi