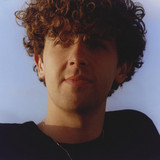 A forward-thinking beatmaker and producer, Jamie xx helped shape the sound of the late 2000s and beyond with his Mercury Music Prize-winning group the xx and on his own. The subtle blend of indie, R&B, and dance he crafted with the xx made him a sought-after remixer for artists such as Adele, Florence + the Machine, and Gil Scott-Heron, as on 2011's boundary-breaking We're New Here. As a solo artist, Jamie xx tempered the restraint of his other work with his reverence for dance music's power to move bodies and hearts. On singles like 2014's "Under One Roof Raving" and 2015's full-length In Colour, his artful blend of the kinetic and the atmospheric was equally innovative and evocative. With 2020's hard-edged "Idontknow," he proved his music was continuing to evolve. Born Jamie Smith in Putney, he began his musical career playing the drums, but soon started using an Akai MPC that broadened his music and allowed him to play live as well as in the studio. In 2008, he teamed up with former school friends Oliver Sim, Romy Madley Croft, and Baria Qureshi to form the xx. By 2009, he was known as Jamie xx, the same year that the band released its acclaimed, Mercury Prize-winning self-titled debut on the XL subsidiary Young Turks. In addition to reworking the xx's tracks, his atmospheric version of Florence + the Machine's "You've Got the Love" sparked the interest of XL boss Richard Russell, who asked him to remix rap pioneer Gil Scott-Heron's I'm New Here. The results were February 2011's We're New Here, which earned praise for the new dimensions it added to the original album.

In 2011 Smith also released his debut solo single, "Far Nearer/Beat For," another acclaimed release that made it to number 128 on the U.K. singles chart. Also in 2011, Smith worked on Drake's album Take Care, producing the Rihanna-featuring title track, and also worked on remixes of Radiohead's "Bloom" and co-produced Alicia Keys' "When It's All Over" for her Girl on Fire album. In 2012, the xx returned with the even more polished and subdued Coexist, and Smith's remixes of "Reconsider," "Sunset," and "Missing" followed in its wake. Jamie xx returned to his solo career in 2014 with "Girl/Sleep Sound," a sleek, propulsive single released by Young Turks. That year, he also released the "All Under One Roof Raving" single, an homage to rave's heydays of the '90s. In March 2015, Smith issued two singles on the same day: "Loud Places," a smoldering track featuring his xx bandmate Madley Croft, and "Gosh," a hard-hitting instrumental. Both appeared on his debut album, In Colour, which also featured Sim, Four Tet, Young Thug, and Popcaan and arrived in June 2015, reaching number three on the U.K. Albums Chart and hitting number 21 on the Billboard 200. As with his previous work, In Colour earned widespread acclaim that included a nomination for the Mercury Prize, a Brit Award nomination for British Album of the Year and a Grammy nomination for Best Dance/Electronic Album. Also in 2015, Jamie xx composed the score to Wayne McGregor's Tree of Codes, a ballet inspired by Jonathan Safran Foer's novel of the same name. In 2017, Jamie xx reunited with Sim and Madley Croft for the xx's third album I See You, a more fleshed-out sounding work that reached the top of the U.K. album charts. Following a 2019 live performance with the Avalanches and production work on a mixtape from Headie One and Fred Again, Jamie xx resurfaced in April 2020 with the single "Idontknow," which boasted a faster-paced, more aggressive sound than the In Colour era. Soon after the single's release, he delivered his first Essential Mix for BBC Radio 1 in nine years, with tracks by Koreless, Philip Glass and Peter Gabriel in its two-hour set. ~ Heather Phares, Rovi