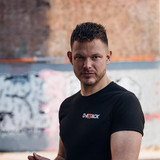 Are you ready for The Attack? D-Attack, better known as Sybren, developed an interest towards Hardstyle and made his first steps in the scene at a young age. From the beginning he was captivated by the sound and his vision was clear: Dream big and conquer the world of Hardstyle! D-Attack stands for: Power, Adrenaline and a high blast of energy. After making his debut on the label owned by Deetox Bring the Riot with tracks like ‘Power of the Gods’ and ’Running the Show’, D-Attack stepped up his game and signed with Scantraxx in 2020. ‘Everynite’, ‘Born For This’ and his personal anthem ‘The Dream’, got a lot of support by different artists in the scene. Given by his unique and energetic stage performance he became an act like no other and is fulfilling his true potential with performances at events like Defqon.1, Decibel Outdoor, The Qontinent and Intents Festival. D-Attack became a solid name in the world of Hardstyle and is here to stay! Target locked! This is D-Attack