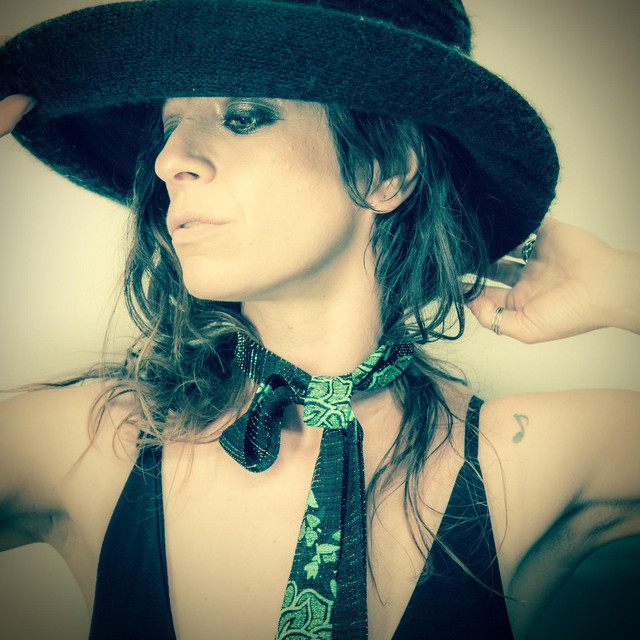 Based in Montreal and originally from Kosovo, Mimoza H is an independent autodidact singer/songwriter/multi-genre producer whose music has been described as “unique, intense and mysterious”. She is praised for a strong distinct voice enriched with a melancholy and delivered in a peculiar elegiac singing style. Her artistic approach (often compared to that of Björk, Wildbirds and Peacedrums, PJ Harvey, and Portishead), embodies an introspective journey of stories woven from her imagination and personal tumultuous life experiences.In September 2016, Mimoza H released her debut EP titled ‘Uproot’ to some great audience reaction and music reviews in Canada, Quebec and Eastern Europe granting her “Artist to Watch” remarks from CBC Canada Premiere. She is set to release new music off her second EP Drift in 2020.Mimoza H is a gifted lyricist and she carefully ’paints’ her music with words that are abstract, image-driven but full of meanings that convey strong emotion and a signature music with a spectrum of organic sounds and electronics that deliver a blend of alternative, psych-pop, art-rock, and ethereal music styles. At times bursting and eclectic, her music is a timeless experience fusing the reminiscent past with a breeze of an avant-garde. She draws influences from: Dead Can Dance, Kate Bush, Björk, Fever Ray, Roisin Murphy, Goldfrapp, PJ Harvey, Lhasa de Sela, Nick Cave, Anna Calvi, The Cure, Chinawoman, Bowie, Trentemoller, Lamb, as well as Southern Albanian music.