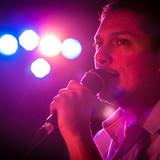 Robert Ledesma is a solo Reggae artist from the San Francisco Bay Area, California. In 2017, he released his debut album, “Any Moment.” Influenced by the likes of Gregory Issacs, Freddie McGregor, Mikey Dread; Robert writes Roots reggae music that is applicable to all people of all ages. Robert started in the music industry in 2001, beginning with audio engineering and music production. He has performed at notable festivals such as, Reggae in the Hills, California Roots Music and Arts festival, Queen Mary Shoreline Jam, and more as the second live vocalist for the band Clear Conscience; which has had top billboard hits from 2003-2016. More recently Robert has founded the Reggae Record label, “Reggae Speaks,” which provides mixing and mastering, as well as Artist development services.