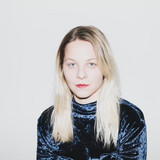 Ella van der Woude is a Swiss-Dutch, Amsterdam-based musician, songwriter and composer. A versatile artist who scores movies, performed in bands and immerses herself in a number of projects. In 2016, Van der Woude produced a dream pop/triphop EP under the moniker ELLA with Stew Jackson (Massive Attack, Phantom Limb) reconciling her resourceful talent for arrangement with no-frills confessionals. In 2019 she composed the soundtrack of Halina Reijn's 'Instinct' and Ena Sendijarevic's 'Take Me Somewhere Nice'; films that both won international prizes. Her debut album of docile, atmospheric piano-instrumentals is both informed by and created in her previous apartment, a place where she spent the majority of her creative life.