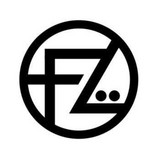 After 12 years of constant exploration and maturing as an artistic collective, the progressive hard rock quintet FRANKLIN ZOO has come together to create their third full length album, which offers a fresh an uncompromising sound and emotion of life lessons and existential noise. Creating songs where sounds and words come together in a meaningful way, they now present their third LP 'The Dandelion Child': "Our new album aims to transcend the ordinary 'next album'. In many ways it's more an interpretation of life as a personal project, and it is also a metaphor for a band’s exploration of its immediate identity. We have now existed as a band for more than 12 years, and the creation of the music mirrors our development as individuals as well as a creative collective. It represents vulnerable but necessary self-insights in the task of becoming one self, and thus the songs are images and narratives of personal, mental origins in the light of something as universal as the philosopher Soren Kierkegaard’s existential and conceptual analysis of individual becoming as well as psychological theories on resilience" Through the years the quintet has released two full-length albums: ‘Untamed’ (2013) and ‘Red Skies’ (2016) and some critically acclaimed EP’s and singles along the way. All activities were naturally backed with lengthy tours, miscellaneous gigs, appearances in musical showcases as well as part of national and international festivals.