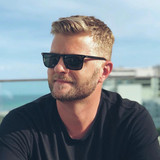 After receiving the Remixer of the Year award in 2017 from non other than Nile Rodgers...Joe's trajectory has skyrocketed.

Joe Maz has now been credited with official remixes for Adele, Coldplay, Beyonce, Kanye West & Major Lazer... and has also reached the top 20 Billboard Dance Chart with his own single "No Good".