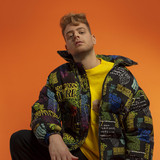 Having fine-tuned his production expertise in the studio over the past 5 years, CMC$ has built up a proven track record of releasing high impact material resonating on an epic scale. CMC$ has received a Double Platinum status with his collab w/ DVBBS ft. Gia Koka – “Not Going Home”, which got over 135 million streams, and a Platinum record with “Parallel Lines” – another track with Canadian power duo DVBBS. As well as catching the ears of global powerhouses such as Martin Garrix, Diplo, Steve Aoki, the career of CMC$ has proven to be driving on a constant upward trajectory. CMC$ has powerful releases with his name locked on them. His top 10 tracks on Spotify, altogether amass over the insane amount of 195+ million streams. A highlighted release includes CMC$’ most recent collaboration “As Long As I’m With You” with OMI. A cheerful song complemented by bright electric guitar picks and bouncy drops. It tells the story of an unconditional, playful love which instantly makes you feel good. Another spotlighted release is the single “X’s”. For this track, CMC$ teamed up with GRX and platinum-selling Swedish stars, Icona Pop. “X’s” has rightfully been selected as World Record by famous radio DJ Zane Lowe, on Apple Music’s Beats 1 Radio. With releases secured on imprints, such as Spinnin’, Ultra and STMPD RCRDS, the output of CMC$ has been an unstoppable driving force to achieving recognition from the highest caliber artists across the dance music spectrum.