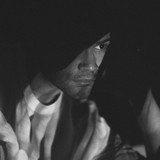 Latin Alternative Singer-Songwriter Cosme was born in Puerto Rico and travelled to Los Angeles in 2012 to pursue a career in music. Since arriving in LA, Cosme’s songs have been featured in shows like Orange Is The New Black, The Blacklist, From Dusk Till Dawn, and Jane The Virgin. Cosme has written and recorded songs for a number of artists, including international pop star Diego Torres. He was recently nominated for a Latin Grammy for his songwriting in Gabriela Cartulano’s album Tu Amor. His solo project fuses the genre of Latin Alternative music with hints folkloric sounds from Puerto Rico. His first single Que Bonito and his EP Que Bien Me Va are available now on iTunes, Spotify and Google Play.