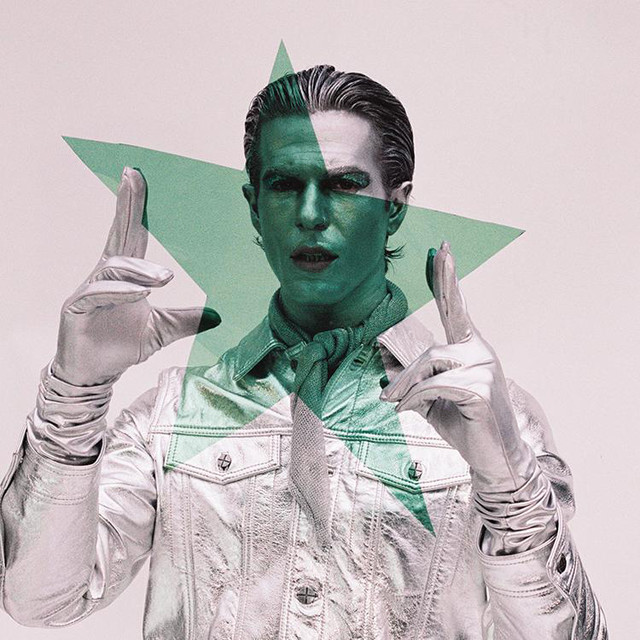 Since 2011, California quintet The Neighbourhood, with Jesse Rutherford (vocals), Zach Abels (guitar), Jeremy Freedman (guitar), Mikey Margott (bass), and Brandon Fried (drums), have zigged and zagged past conventions and expectations. Following the success of their platinum-selling debut I Love You. and lead single "Sweater Weather," they worked with everyone from YG to Denzel Curry, graced top festivals like Coachella, and appeared on late-night television. With 2018's third album, The Neighbourhood, the band pushed past mere commercial success with over 1 billion streams and views, and earned critical acclaim. So, what’s next? Instead of stealing away to a remote locale or exotic hideaway, Jesse Rutherford has retreated inward. Under silver paint and grills, Chip Chrome introduces himself on the band's fourth full-length, Chip Chrome & The Mono-Tones. Big questions remain. Is this still The Neighbourhood? Are Chip and Jesse the same person? In fact, Chip has always been behind-the-scenes. He stepped into the spotlight on the 2019 single "Middle of Somewhere." "I wanted to do something totally new,” Jesse revealed. “We had a plan to do a music video for 'Middle of Somewhere,' and I showed up in spandex and paint! Chip was a way for me to say, 'I'm going to do me. You're not going to stop me.'" “Chip Chrome & The Mono-Tones helped define my voice,” Jesse added. “The more I hear it, the more I think, 'This is totally a Neighbourhood record.’”