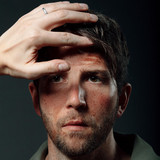 Born Michael James Owen Pallett-Plowright, Owen Pallett is a singer/violinist/producer/arranger from Toronto. Classically trained from an early age, at 15 he started playing solo violin shows. As his musical interests shifted to indie pop, Pallett collaborated with a multitude of indie artists, including Jim Guthrie, Royal City, the Hidden Cameras, the Vinyl Cafe, Gentleman Reg, and Arcade Fire. As well as touring in various string sections in the mid-2000s, he was an active composer, writing arrangements for Arcade Fire's groundbreaking Funeral, Neon Bible, and The Suburbs along with albums for Fucked Up, Beirut, and the Last Shadow Puppets. Despite being the go-to violinist for other artists and an avid remixer, Pallett's primary focus remained his own work. In 2005, he released Has a Good Home under the moniker Final Fantasy, which he followed up with 2006's He Poos Clouds, the latter winning Canada's top artistic album prize, the Polaris. In 2009, Pallett announced that he would no longer be using Final Fantasy as his moniker -- to avoid confusion with Square Enix's popular video game series by the same name -- and went on to issue Heartland under his own name in 2010. The album was recorded in Reykjavik, Iceland, mixed in New York by Rusty Santos (Animal Collective, Panda Bear,) and earned Pallett another Polaris nomination. The EP A Swedish Love Story appeared shortly afterwards, and in the years that ensued he worked on the full-length album In Conflict. Although delayed due to Pallett's 2013 touring commitments with Arcade Fire, it eventually arrived in late May 2014 and featured input from Brian Eno on synthesizer and vocals. ~ Jason Lymangrover, Rovi