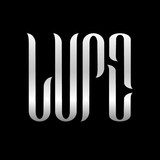 Lupe (Michalis Latousakis) was born in 1991 in Athens, Greece. -Singer & Co-founder of Mosquito -Singer, Composer & Co-founder of Onism -Vocal Coach Lupe is a DIY solo project based on improvisation, spontaneity and pure expression of thoughts and feelings. The deep, theatrical and wide-ranged vocals along with the confessional lyricism and the dark sound make up the obvious characteristic of Lupe. The starting point was the first improvisation album "Burn" which was released by Alcyone Records in 2019. At the moment, Lupe has finished his next album "Dark Room" and it will be officially released on May 2021. Due to the release, on March 12 the single "Eyes Cold" will be available on all platforms. It is a fact that the creation of his third album has begun already, so you can freely expect for more to come.