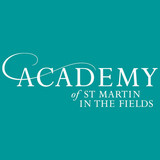 Academy of St. Martin in the Fields

Featuring Academy of St. Martin in the Fields

A small orchestra specializing in music of the Baroque and Classical eras, the Academy of St. Martin in the Fields became one of the most popular ensembles in the entire field of classical music, making albums that topped classical charts and even made an impact in pop. The group's seamless sound was identified in the minds of many listeners with that of Baroque music itself. The Academy of St. Martin in the Fields (the name has been spelled both with and without the hyphens, and with and without the period after "St") was formed in 1958 by violinist Neville Marriner, who was interested in exploring the then largely new field of Baroque music with a group of other musicians. Performing without a conductor until market forces dictated that Marriner take the post, the group played its first concert on November 13, 1959, at the Church of St. Martin-in-the-Fields and took its name from that venue. The orchestra began recording in 1961 on the L'Oiseau-Lyre label, championed by its founder, Louise Hanson-Dyer, and at first, finding more success with recordings than with concert appearances. The Academy moved to the early music-oriented Argo label in 1965. Appearances on the BBC Proms programs brought the group to a wider public, and in 1970 it incorporated, under the direction of Marriner and other founders, as a fully professional ensemble. Soundtrack performances in BBC television films added to the Academy's financial stability. Although he took up the conductor's baton, Marriner preferred to lead the orchestra from the first violinist's chair, and as violinists Iona Brown and Kenneth Sillito took over the group's direction on occasion, they followed the same practice in Baroque works. After Sillito's retirement in 2012, violinist Joshua Bell was named the music director. Pianist Murray Perahia has been the principal guest conductor since 2000; Perahia had for some time led the group in conductorless performances of Mozart and other Classical-period piano concertos. The Academy's repertory also expanded over time, coming to include the Wagner Siegfried Idyll and even contemporary works. The original Academy of St. Martin in the Fields Orchestra grew to include several subgroups, the Chamber Ensemble (formed 1967), which focused on small-group chamber music for strings, and a larger grouping that could include as many as 45 musicians. A Chorus of St. Martin in the Fields, formed in 1975 for a tour performance of Bach's Mass in B minor, BWV 232, grew into an independent organization. The Academy continued to perform at the Church of St. Martin-in-the-Fields and added a short Royal Festival Hall Season as its popularity grew. However, recordings remained at the center of the group's activities, and to date, it has issued more than 500 albums. Its recording schedule often involved more than a dozen albums a year. The orchestra moved to the Philips label in 1971; it has since recorded for Decca, London, ASV, and other labels. One milestone was the orchestra's 1984 recording of the score for the film Amadeus, which topped classical charts, appeared on pop charts, and remains one of the best-selling classical albums of all time. In 2019, the Academy, with young pianist Jan Lisiecki conducting from the keyboard, issued a complete recording of Beethoven's piano concertos on the Deutsche Grammophon label.