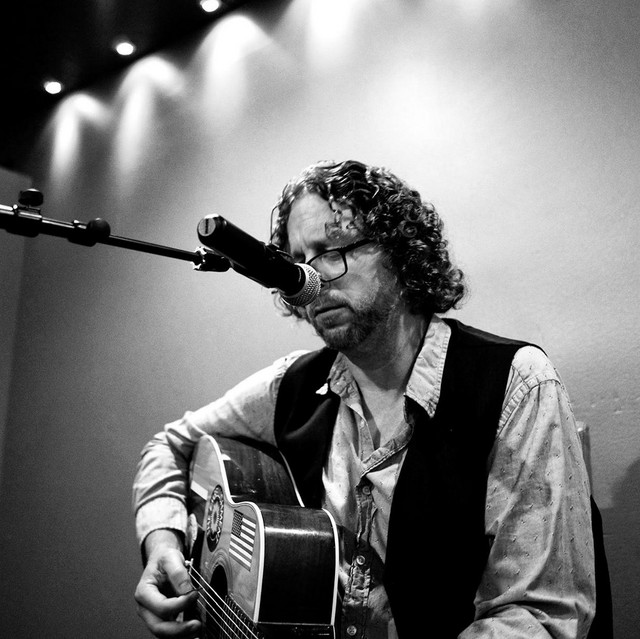 Ben Shaw is a singer-songwriter happily ensconced in the Hollywood Hills. Ben's music is a song-driven, modern folk where lyrical melodies are sung with barroom grit, embellished with psychedelic Americana.   Ben's first solo gig was ages ago in 1991 at the Cabin folk club on the University of Wisconsin-Eau Claire campus. For the ensuing 11 years Ben had the good fortune to make music in the creatively rich music scene of Eau Claire, WI. In 2002, he moved away, inadvertently hung up his performing shoes, and became a recording engineer and a lawyer.   Eventually, the Universe, through a series of coincidences, led Ben to a beach in Malibu where he "outed" himself as an artist, was lovingly pushed back onto the stage, and was gently planted in the musical epicenter that is Laurel Canyon. Fortunately, in that decade or so of hiding his art from the world, he never stopped writing songs. At the dawn of 2015, Ben found himself in a funky little musical house filled with recording gear, guitar pedals, and two loving musical guides. In the ensuing 6 weeks, a spiritual, creative relationship began, which culminated in his new release, Feet to the Fire, a sonic painting, which embodies the love and experiences he has been given in his life by so many. In April of 2018, Ben joined his Midwest based band mates to record his follow-up record, Bonita, at Pine Hollow Studios in Eau Claire, WI with Producer Evan Middlesworth (The National). The album was released in August of 2018.