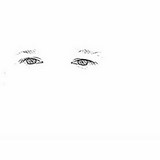 Paul Andreas burst onto the music scene in 2006, after being featured on X Factor as part of boyband F4CUS. Since then he's released 7 albums and gained worldwide attention for his cover of the Gavin DeGraw classic 'I Don't Want to Be'. His complete collection Real. True. Talk. released in 2020, is a celebration of his music career and features all 56 original songs written by Paul and 4 cover versions of his favourite songs. They show his love of pop, gospel, hip hop, dance and country and the reason why he's clocked up over 1,000,000 streams and 7,500 sales so far. Paul originally from the small village of Southminster in Essex, grew up singing in the local church, the high school shows and nearby village events. He married his husband Andy (featured on Now Where Do I Begin?) in 2011 and they now live happily in Gosport, Hampshire. He is currently working on his next album, The Gospel According to Paul Andreas, a worship and gospel inspired collection, and looks forward to releasing it very soon.