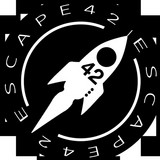 Escape 42 is a Pop/rock Band from Randers, Denmark. The band was formed in January 2014 by 5 young guys dreaming of making music with great melodies and lots of atmosphere and being able to touch people with their music. Escape 42 plays a hybrid of rock-pop with epic grandiose chrous lines and lots of melody. The music is build up on great hooklines, emotions and feelings, with a band that delivers a modern rock with lots of intensity, atmosphere and dynamics. The band have played a lot of gigs since the beginning and they work hard everyday to reach their dream. The band delivers intense live performances filled with energy and feeling. Catchy melodies and Casper Heinrichs powerfull but soft voice takes the crowd on a rollercoaster ride of emotions. In 2015 The band then Entered the studio at popshit Records and made their EP "Only a Matter of Time" with producer Morten Madsen. The EP was released as digital streaming and download, worldwide in August 2015.