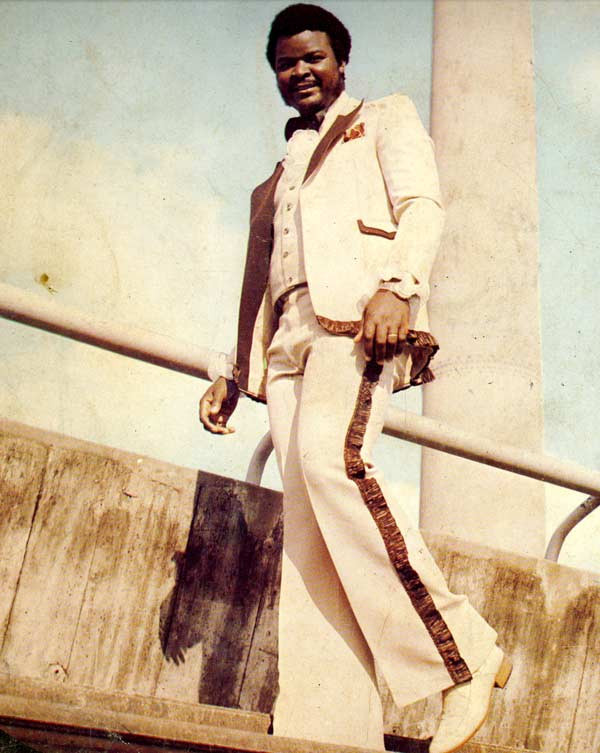 William Onyeabor was an iconic figure in the history of Nigerian pop music. He was considered the father of Nigerian electro Afro-funk. His biography has been shrouded in mystery due to his own refusal to discuss it or his music since becoming a born-again Christian in the middle of the 1980s and retiring to pursue a career as a businessman running his own flour mill. What we do know is that he was born in Lagos, Nigeria in 1946. His musical education began early on the piano and organ. In the early '70s he reportedly attended university in Russia, studying cinematography. He returned to Lagos in the middle of the decade and started his own company, Wilfilms. Although he was recording during the era when Fela Kuti's Afro-beat ruled the music scene, and was no doubt influenced by it, Onyeabor's music followed its own idiosyncratic -- and infectious -- path. He was fascinated by synthesizers, drum machines, and D.I.Y. recording technology. He began composing and recording a style of music that melded Nigerian folk forms, a love of repetition, and nods to Afro-beat and American R&B, disco, and funk, weaving them together in a spacy, futuristic brew that no one was making at the time; that style has influenced and been sampled and emulated by many. His eight albums were all self-released on his Wilfilms label. His debut album, Crashes in Love, appeared in 1977. It featured four long tracks whose joyous rhythms and zigzagging electro funk backdrops were often underscored by militant political lyrics. In 1978, he released Atomic Bomb, whose title track proved to be a regional hit. As an album, Atomic Bomb proved to be a road map for all of his recordings to follow. Tomorrow was issued in 1979, Body & Soul (whose title track is regarded as a classic) in 1980, Great Lover in 1981, the angry Hypertension in 1982, the widely celebrated Good Name in 1983 (which consisted of just two long tracks), and finally, Anything You Sow in 1985. After his conversion and retirement from making music, Onyeabor was crowned a High Chief in Enugu, the economic capital of Nigeria, where he has lived ever since, behind the walls of a palace in a wooded area. He is well known as a booster of the thriving Christian music scene there. Onyeabor's music has only appeared on compilations in the 21st century and in limited-edition, unofficial LP runs. In 2013, David Byrne's Luaka Bop label released World Psychedelic Classics, Vol. 5: Who Is William Onyeabor? Years in the making, it was the first authoritative -- and reluctantly authorized -- compilation of his work. Later that year, Luaka Bop collaborated with Moog Music (which actually makes two William Onyeabor-brand synthesizers, the Little Phatty and the Moog Minitaur) in a various-artists remix project that kicked off on Record Store Day 2014 with the vinyl issue of What?! The set was issued in digital form in September. Onyeabor passed away in early 2017 at the age of 70. ~ Thom Jurek, Rovi