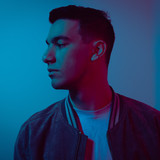 AytonH or Ayton Horn is a DJ/Producer coming from Washington DC looking to make his mark in music. He began picking up DJing in August of 2019, and later coming to stir his own hand in production only months later. Since stepping into the scene, he's opened for artists such as Joel Corry and 4B. Setting his foot into EDM changed not only his aspects on how he viewed music, but his life in general. Seeing what EDM could do for him, he's looking to do the same for anyone else he can.