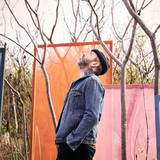 Representing the solo work of Canadian musician Dallas Green, City and Colour emerged in the late 2000s, offering an outlet for the singer/songwriter's more introspective, acoustic work. Known as the frontman for the Ontario post-hardcore band Alexisonfire, Green successfully managed both projects for a few years before the band dissolved in 2011. Already a Juno Award winner for his 2007 City and Colour debut, he threw himself into his solo work full-time and released a string of chart-topping albums that saw him expand his sonic palette beyond the acoustic nature of his early days. Following 2015's acclaimed If I Should Go Before You, Green did a lengthy bout of touring and released a live album before returning to studio work with 2019's more ethereal Pill for Loneliness. A native of St. Catharines, Ontario, Green served as a member of Helicon Blue before co-founding Alexisonfire in late 2001. Despite scant radio airplay, the band developed a strong fan following on the strength of its ferocious live shows, and its 2004 sophomore LP, Watch Out!, debuted in the Canadian Top Ten. At year's end, Green issued the first City and Colour EP, The Death of Me, selling copies at his earliest solo shows. The full-length Sometimes followed in late 2005. Green supported the album with a Canadian tour and a sold-out string of gigs in the U.K. the same year. Sometimes was certified platinum in 2006 and won a Juno in 2007 for Alternative Album of the Year. In March 2007, City and Colour released City and Colour Live. The following year saw the release of Bring Me Your Love, Green's second solo album, which featured appearances from Gordon Downie of the Tragically Hip and Ian Romano and Spencer Burton of Attack in Black. Produced by Alex Newport (Mars Volta, Two Gallants), third record Little Hell arrived in 2011 and gave Green his first solo Canadian number one. The same year, Alexisonfire disbanded, which freed Green to concentrate fully on City and Colour. At the end of 2012 he returned to the studio and recorded The Hurry and the Harm, which was released in 2013 and topped the Canadian charts, his second consecutive release to do so. In addition to a collaborative album with pop singer P!nk under the name You+Me, Green reunited with Alexisonfire for several dates in the summer of 2015. In July of that year, Green announced that he had finished his fifth LP, If I Should Go Before You. Unlike previous releases where he relied heavily on studio musicians, this album was recorded with his touring band and released by Dine Alone Records in October 2015. He followed it with the self-produced Peaceful Road/Rain EP in early 2017. Green's next release, the 2018 live set Guide Me Back Home, was captured during his 2017 tour of Canada. Released in October 2019, City and Colour's sixth studio full-length, Pill for Loneliness, saw him expanding his sound into lusher, more celestial territory. ~ Jason Ankeny, Rovi