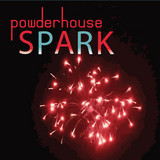 Powderhouse is a female-fronted rock band from Boston. They formed in early 2007 when Teresa Mastrorilli approached bassist/producer Ray Boyce about recording her songs. Powderhouse played their first gig in May 2007 and continues to play at top clubs throughout the Boston area. After adding lead guitarist Fred Pickard and keyboardist Art DaPrato in 2008, Powderhouse released their full-length debut "In The Meantime” in July 2010. The track "Keeping My Heart" was voted onto the Top 5 Local Song Poll on WZLX/Boston Emissions for 4 weeks and songs from the album received airplay on both terrestrial and Internet radio. Positive reviews appeared in The Deli Magazine, Metronome Magazine, The Noise, WomensRadio Music Review and elsewhere. The band released a follow-up EP entitled “Through The Air” in Nov. 2012, which also received solid reviews and radio airplay. Powderhouse has been selected to play the International Pop Overthrow Festival multiple times and was twice featured as the "Soundtrack" artist of the day on NECN’s "The Morning Show". Several Powderhouse songs were also placed in the soundtrack of the film "Wingman” (2011). The EP “Life in Black and White” was released in Sep. 2014. Drummer Steve McDonough joined in 2016. A new EP, "Spark", produced by Ray Boyce at FOC Studios in Newton, MA and mastered by Pete Weiss at Verdant Studio in Athens, VT was released on 11/17/2017. http://www.powderhouseband.com http://www.facebook.com/powderhouseband