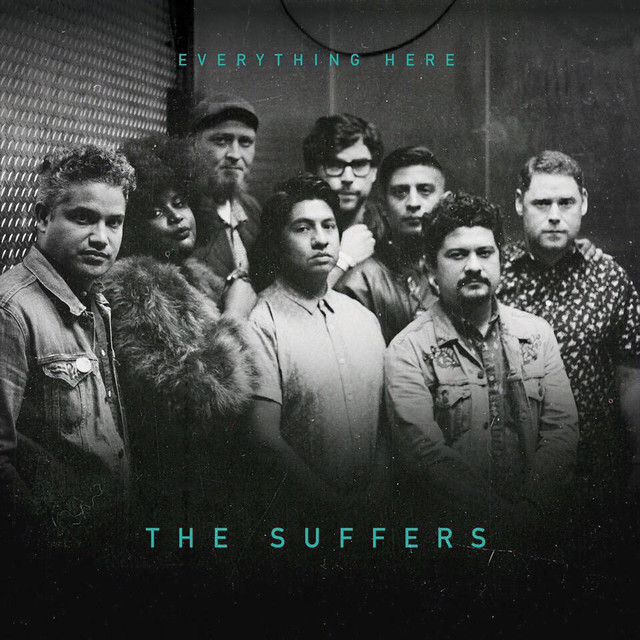 A ten-piece band playing what they call Gulf Coast soul -- a heartfelt mixture of vintage R&B and classic rock & roll with dashes of reggae, country, and hip-hop -- the Suffers were formed in Houston, Texas in 2011 by two musicians with a big vision. Bassist Adam Castaneda and keyboardist, songwriter, and vocalist Pat Kelly were the founders of the group, eager to bring a new sound to the Lone Star State. Aiming for a big band, they brought in a handful of talented players they had worked with before -- guitarist Kevin Bernier, Jon Durbin on trumpet, Michael Razo on trombone, and percussion man Jose "Chapy" Luna. While Castaneda and Kelly were initially thinking of a jam band with a reggae flavor, as the group began displaying a soulful side, they opted to reinforce it by filling out the horn section with the addition of Cory Wilson on sax, bringing Alex Zamora on board for additional guitar firepower, and inviting Nick Zamora to hold down the backbeat on trap drums. The final piece of the puzzle came with the arrival of Kam Franklin, a talented and charismatic lead singer who had previously been part of the British group the Very Best. The Suffers debuted in Houston, and within two years they went from packing local clubs to playing festivals across the state. In 2013, the Suffers dropped their debut single, "Slow It Down" b/w "Step Aside," and an EP, Make Some Room, followed in 2014. By 2015, word about the group went nationwide; they appeared on The Late Show with David Letterman, were covered in The New York Times, Paste, and Spin, toured the East Coast, and took home 11 trophies at the Houston Press Music Awards. In early 2016, the Suffers released their debut album, simply titled The Suffers, and set out on tour to support the release, including dates with Lake Street Drive and Galactic. After their home town of Houston was devastated by Hurricane Harvey in 2017, the Suffers began writing material that spoke to the city's struggle and resilience, themes that informed their second album, Everything Here. Released in July 2018, Everything Here was the band's first release for Shanachie, and included guest appearances from Houston-based hip-hop artists Paul Wall and Bun B. ~ Mark Deming, Rovi