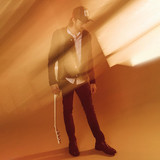 NASHVILLE – November 10, 2020 – As is the case with many highly artistic people during this pandemic lock-down, singer/songwriter Joe Robinson has utilized his time to write, record and produce an emotional new album, titled Borders. Borders will be released on all digital platforms November 20, and is the follow-up to his critically-acclaimed Undertones album released in early 2019. Robinson, an Australian native who has recently become an American citizen, became engaged to his fiancée, an illustrator based in Canada, in October 2019. Although the couple knew they would continue to have a long-distance romance until her Visa came through and she could relocate to Nashville, neither anticipated the closure of the border between Canada and the United States because of the pandemic, completely eliminating any travel between their two homes.