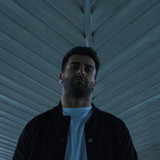 Mkhoyan Alik (born August 31, 1994, St. Petersburg, Russia) is a Russian producer of electronic music and a DJ performing under the stage name tapecut. He was born on August 31, 1994, grew up in St. Petersburg. Sound producer and DJ from St. Petersburg began to get involved in music at the age of 17 and after a short time had time to improve and sharpen his own style, which attracted the attention of dance floors of many countries. For such a short time the project has managed to make joint work with many artists. The purposefulness and talent of the young performer did not go unnoticed by such major labels as Buygore, Fool's Gold, Nest HQ, RUN THE TRAP. Tapecut music can be heard on many music venues, like BBC Radio 1Xtra, Tomorrowland, Buygore Show, Noisia Radio, Fool's Gold weekly and so on. The main emphasis in his music is made by the artist on the quality of the sound being presented and the competent fusion of many styles. This is especially pronounced in his album Biaoji, track Phorce. The main dream of the artist is to convey to the masses their own style and sound, as well as share the energy that his music carries. He makes both aggressive tracks in the style of wild trap, and compositions of the future beats genre, like oimu or rose.