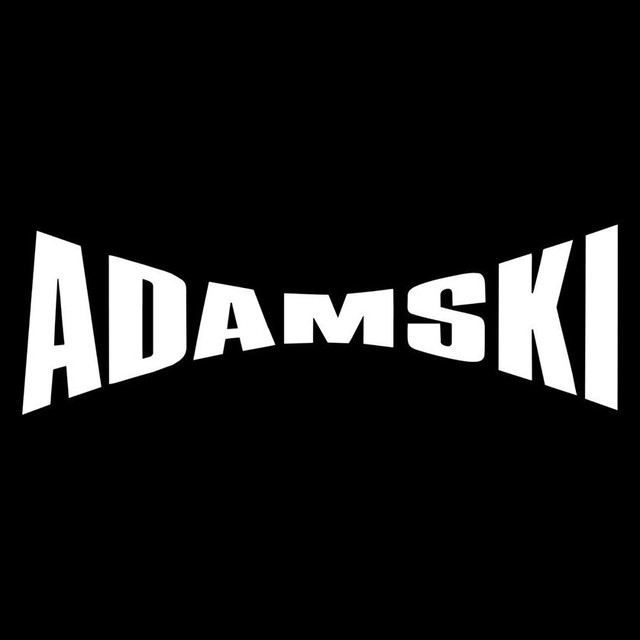 Adam Tinley, as he was then, formed his first band The Stupid Babies at age 11, with his 5yr old brother Dominic on vox. Fast Product signed &amp; released the primitive kiddie-punk tracks, with legendary BBC Radio 1 DJ John Peel supporting their endearingly twee song ‘Babysitters’ By 1986 Adam discovered “the 909 – my drum machine of choice” &amp; started Diskord Datkord, with his brother Mark &amp; Jonny Slut on vox. In 1988 he visited Ibiza &amp; was blown away by the Balearic sets spun by DJs Alfredo and Pippi. The artist Adamski was born. Inspired &amp; schooled on an Ensoniq SQ80 by Chicago musician Jimi Polo, he began plagiarizing punk rock basslines, playing them into his sequencer, &amp; geared up for his first solo gig as ADAMSKI. Adamski quickly catapulted into the upper echelons of the nascent rave scene. Within a few weeks he was playing to 8,000 people at Sunrise and, after a bidding war, signed to MCA Records. His subsequent single "Killer" shot to #1 in The UK in 1990, was a smash across Europe &amp; even in the US, launching the then unknown singer SEAL.

Fast-forward 3 decades “in the nightspots of the world providing sci-fi beats for hedonists, &amp; even longer as a consumer of all the best scenes from glam rock to grime, I am now spurting all my creative juice into what I call 3-Step" He released REVOLT in 2015 on his own label FUTUREWALTZ, ft. artists such as Lee “Scratch” Perry, David McAlmont, Congo Natty, &amp; Asia Argento. Tinley’s latest alter ego is cyberbilly SONNY ERIKSSON