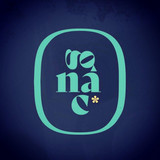 GNAC is an instrumental project. So far, five albums, and a compilation album have been released, with a sixth album, "Afternoon Frost" due in September 2021. GNAC have played live in Moscow, Seville, Manchester and London. GNAC music has been used on TV - for example BBC documentaries on David Hockney, and on John le Carré. As well as being a member of GNAC,