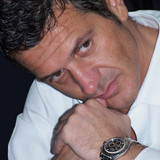 “Marco Corona knows how to bring the party” – DJ Mag  Official website: marcocorona.com Marco Corona has been inserted in the DJ Blackbook, prestigious book where the best djs of the world are listed, published by the famous UK magazine DJ MAG. New York City has welcomed him, as special guest deejay, in the one-night “Soup”, created by Chris Love (Cielo Club, NYC). He has participated in a lot of Winter Music Conference in Miami playing in the best Clubs. Marco has been one of the few select djs to participate in the "Heineken BPM Tour". Caribbean was the destinations of this tour, with a grand finale in Miami. Finally, but not least, it is worth highlighting his love for radios, where he began his career as a DJ in some of the best broadcasters. Some clubs: Cocorico' (Riccione), Nikki Beach (Miami), Tocqueville (Milan), Mansion - Set - Opium Garden (Miami), Bolgia (Osio Sopra - Italy), Hollywood (Milan), Gryphon (Miami – Fort Louderdale), Lime Light – Propaganda (Milan), Hed Kandi Lounge (Miami), Gasoline – Punto G (Milan), The News Lounge (Miami), Lift House DeLuxe (Milan), Shocking (Milan) and many more... // producer Marco Corona has a long career as a producer and remixer. He has published songs all over the world by labels such as Universal, Emi, Nervous, Global Underground/Ministry Of Sound, Absolutely and many other. In 2006 he has founded the label Krone Records, where is the A&R.