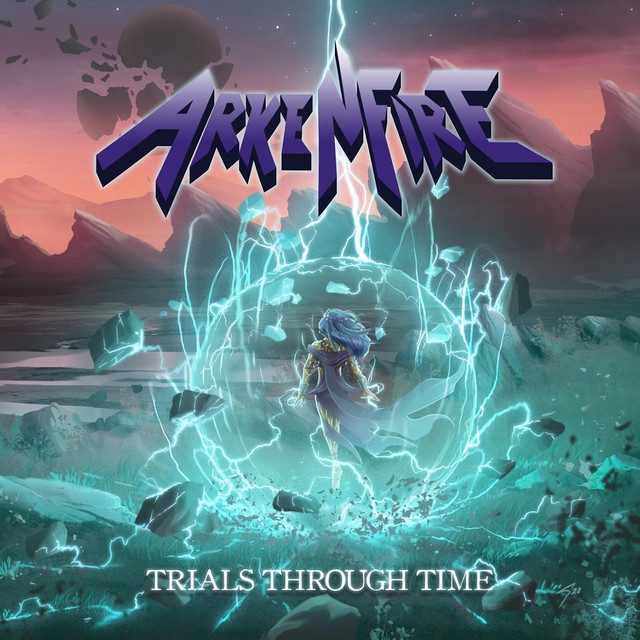 ArkenFire is a Canadian Power metal band hailing from Kelowna, BC, Canada. At times resembling the music of Iron Maiden, Blind Guardian, and other key influences, their music fuses traditional and power metal along with elements borrowed from other sub-genres which leads to a unique listening experience. ArkenFire was started in 2011 by Randy Peterson (guitar) and Netto Figueiredo (drums) and they were soon joined by singer Jacob LeBlanc on vocals. They spent a long time as a 3-piece writing and recording music until finally in 2015 they finalized their lineup with Ian Mccall (guitar) and Milan Bertucci (bass). On May 12, 2017, they released their EP 'Celestial Beasts' which featured 5 tracks and was well received by their fans. Following the release, they spent a solid few years honing their live stagecraft, playing festivals around Western Canada and had the opportunity to share the limelight with the likes of Diamond Head, Devin Townsend, Unleash The Archers, Helion Prime, Striker and many more. On August 20, 2021, ArkenFire returns from the studio with a blazing new full-length release 'Trials Through Time' which features nine brand new tracks as well as a multitude of guest appearances including keyboardist Fabio Laguna (Ex-Angra, Edu Falaschi, Hangar), Matt Depper (Apollyon) and R.A. Voltaire (Ravenous E.H.). Official Website: www.arkenfire.com