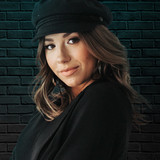 Genevieve has earned 6 top 50 national country hits. Her last two, "Take It On Home" and "You Me We" climbed into Canada's top 20 and top 30 respectively. Genevieve has continued to expand her influence on the Canadian Country Music scene earning Female Artist of the Year nominations at the 2013, 2015, 2016 and 2017 Country Music Association of Ontario Music Awards. She has been recognized by the Canadian Country Music Association with her prestigious CCMA performance selection at the 2012 New Artist Showcase in Saskatoon as well as performing in the prestigious Songwriters Series in 2016. Genevieve has had the opportunity to perform at some of the biggest music festivals in Canada including Boots and Hearts, Lucknow Music In The Fields, Manitoulin Country Fest, Trackside and Aboriginal Day Live. Added to this list are opening performances for stars such as Hunter Hayes, Lee Brice, David Nail, Dean Brody and Great Big Sea.