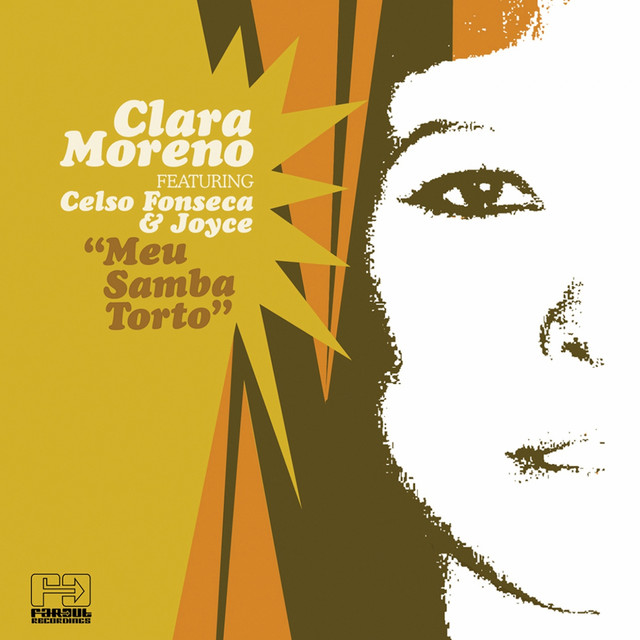 Daughter of Nelson Ângelo and Joyce, and sister of vocalist Ana Martins, Clara Moreno participate very early in children's choirs in recordings for Milton Nascimento, Egberto Gismonti, Ivone Lara, Gonzaguinha, Alcione, Joyce, Cazuza, Teca & Ricardo, Bloco da Palhoça, Balão Mágico, and Astrofolias. Later, she worked as vocalist for Joyce, Nelson Ângelo, Robertinho Silva, and Aerosex. A solo artist since 1995, two years later she participated in the show Gets Bossa Nova in Tokyo, Japan, and recorded "Só Danço Samba" on the CD 40 Anos de Bossa Nova. Having recorded three solo CDs until 1999, Moreno opened that year for the Chemical Brothers at the Metropolitan (Rio). In 1984, she participated as an actress/vocalist in the Astrofolias, with music by Antônio Adolfo/Paulinho Tapajós, at the Villa-Lobos theater. In 1989, she went to study in France, performing in a Joyce show in 1991 at the Théâtre de La Ville. In that city, Moreno also performed solo at the Hotel Méridien and recorded her first single. Returning to Brazil in 1994, she participated on the track "Minha Gata Rita Lee" on Joyce's CD Revendo Amigos. Her first solo show was realized in 1995 at the Au Bar (Rio) in a tribute to Rita Lee. Participating in the Filhos de Peixe project the next year, she performed in several halls, among them the Ballroom (Rio). Also in 1996, she opened for Paulinho Moska at the Garota de Ipanema park (Rio) and launched her first solo CD, Clara Moreno. ~ Alvaro Neder, Rovi