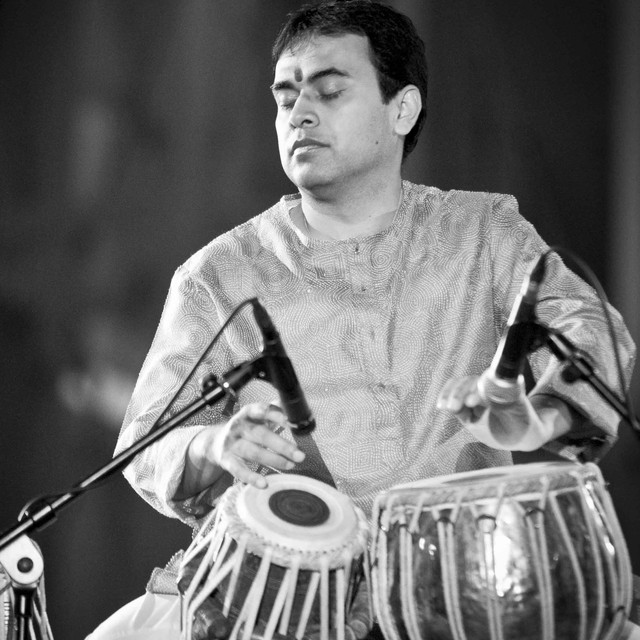 A 2019-20 Guggenheim Fellow and GRAMMY-winning artist, Sandeep Das is one of the leading Tabla virtuosos in the world today. Since his debut concert at the age of 17 with legendary Sitarist Pt. Ravi Shankar, Das has established himself as one of India’s top Tabla maestros, building a prolific international reputation that spans over three decades. In addition to performing at major Indian music festivals with renowned musicians such as Pt. Hariprasad Chaurasia, Pt. Shivkumar Sharma, and Ust. Amjad Ali Khan, among others, he is one of the unique Indian Classical musicians to expand beyond his traditional roots and collaborate with musicians from across the globe. Das actively performs with and composes for major symphony orchestras, string quartets, jazz musicians, world music ensembles, and many other unique groups with regularly featured concerts at Carnegie Hall, the Lincoln Center, the Hollywood Bowl, the Royal Albert Hall, and the Concertgebouw, to name a few. Das is also the founder of the HUM Ensemble, which tours World Music in innovative combinations and instrumentations. Its debut concert took place in New Delhi, and by popular demand it continued performing throughout India. The ensemble has since expanded to a global scale, performing at venues like the Europalia Festival in Brussels, Cal Performances in Berkeley, California, and other venues throughout the US, in addition to regular invitations for residencies and masterclasses by major universities.