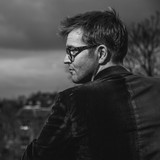 Peter Gregson (b.1987) is a renowned Composer, Cellist, and Deutsche Grammophon recording artist; his fifth studio album ‘Patina’ was released on September 10th 2021.   His music is regularly sought out by the most exciting choreographers and dance companies in the world, recently including Theatrehaus Stuttgart / Gauthier Dance, Joffrey Ballet, PA Ballet, Dutch National Ballet, and Ballet BC.   Amongst his film credits, Roger Michell’s ‘Blackbird’ (starring Kate Winslet and Susan Sarandon) and the late Alan Rickman’s ‘A Little Chaos’ as well as the Soundtrack for the popular video game ‘Boundless’ receiving critical acclaim. His music has featured on some of the most popular TV series - from Netflix’s hit ‘Bridgerton’ to HBO’s ‘The New Pope’ by Paolo Sorrentino. Brands including Balenciaga, Burberry, Dior, Ralph Lauren, Pat McGrath have all featured Gregson’s music in recent campaigns and runway shows.   As a cellist, he has performed all around world, from The Royal Albert Hall in London to a jazz club in Beijing; from the Elbphilharmonie in Hamburg to Capitol Studios in Hollywood, which was filmed and released in January 2021. He is a prolific artist, most recently releasing the stunning ‘Somina’ which was commissioned for ‘World Sleep Day’.   Patina is his most expansive and expressive work to date, featuring an astonishing array of analogue electronics instruments, a string ensemble and his unique solo cello, brought together to explore the theme of absence.