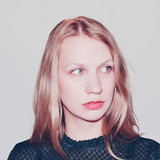 Berlin-based songstress Anne Haight creates an enchanting fusion of indie, pop and electronic sounds by combining acoustic guitar and piano with gentle beats and synth pads. Her music exudes a Scandinavian charm with its memorable indie pop melodies, intriguing musical diversity and lyrical sensitivity. Her playful, dream-away sound is focused around her warm voice and wistful but upbeat lyrics. In early 2014 Haight began writing and recording a first studio album, which emerged through collaboration with many renowned songwriters, producers and musicians, both in Germany and abroad. Haight's debut album, "In the Darkness", was released in 2016. In 2018 she released the EP "Clarity", characterized by a combination of pure acoustic and soft electronic sounds. Known for her powerful solo performances, Haight captures the thrill of the live moment in her new recordings. Anne Haight is currently spending her time working on a new album that is due to be released next year.